YHC took the Thunderdome Q and wanted to cook up a “best-of” hits piece so-t0-speak.

A sort of buffet of beatdowns…

What better way to get a little taste of everything than by revisiting the lovely beatdowns from IronPax2019!

8 Pax showed up for very muggy, and moist morning at Thunderdome

YHC gave Pax a reminder (for experienced Pax) and a quick rundown (for newer Pax) of what IPC is…explained we’d do a little of each weeks scheduled workout. Try to get through the whole IPC2019 within the allotted time—alas, it was not meant to be. YHC was sucking wind and nearly spilled merlot and oddly, there was a noticeable dearth of mumblechatter…

Bob Ross friend just released from hospital after suffering from COVID19, thankful for his well-being and road to recovery

One of our younger Pax — Sphinx was to be leaving today 30 June, for Air Force Basic Military Training — prayers for his safety and that he’ll do well throughout this culture shock he’ll be enduring.

Romans 13:14 came up in something YHC was reading a Reddit post about St. Augustine of Hippo and he was told to read so he opened a book St Paul’s writings and read Romans 13:13-14

“Not in rioting and drunkenness, not in chambering and wantonness, not in strife and envying, but put on the Lord Jesus Christ, and make no provision for the flesh to fulfill the lusts thereof.”

Also, in relation to Shield Lock, YHC shared a thing read recently about how Spartans handled the loss of equipment. In battle, if a Spartan lost his breastplate, his weapon, or some other personal effect he was punished…but if he lost or dropped his shield, he was put to death. An ancient observer asked

“Why do the Spartans punish with a fine a warrior who loses his helmet or breastplate in combat but punish with death the man who discards his shield?”

The answer from Plutarch:

The breastplate or other personal armor are there to protect the individual — but the shield, when used as part of the phalanx/legion/army is there to protect the GROUP. Dropping their shields then puts the group in danger — this is part of the essence of SHIELD LOCK — locking the shields (in some instances literally and others figuratively) is meant as a way to protect and strengthen the community. When we discuss shield lock that is what we’re discussing. How do we ensure we are working for the betterment of our community or group and not just ourselves? And this doesn’t have to be some crazy grand, thought-out gesture. It could be as simple as wearing a mask when out in crowded places — the mask not being only for yourself, but being a form of a shield for everyone’s benefit. 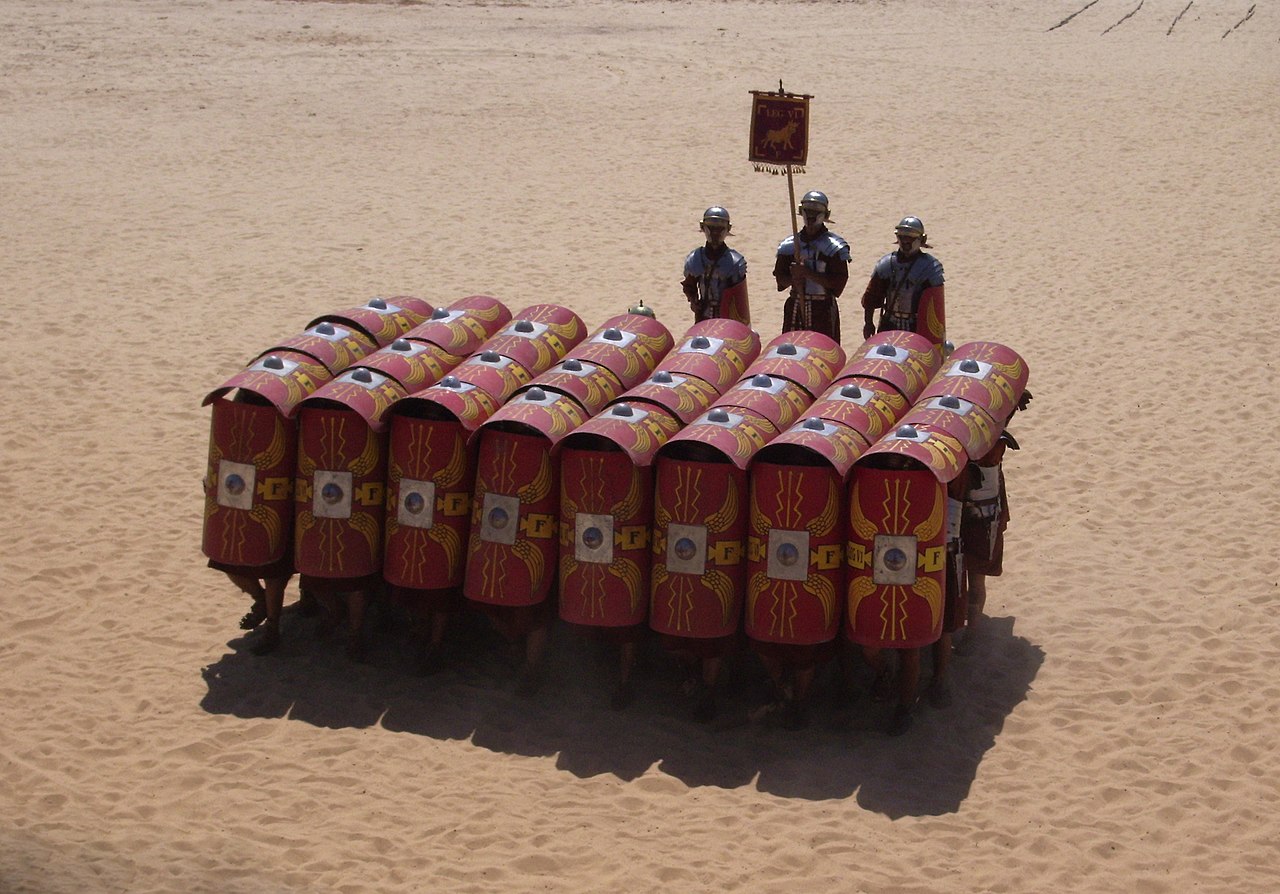 Closed with Pledge of Allegiance